We continued down the east coast of China, from Shanghai to Hong Kong. The weather has been a bit variable and this – combined with tricky transport bookings – has kept us on our toes, planning many visits and activities day-to-day. Shanghai's riverside was enjoyable even in the rain, and the West Lake area of Hangzhou provided days of beautiful walking, often discovering deserted temples and pagodas with stunning lake views. One of our toughest journeys to-date led us to Yangshuo's spectacular limestone monoliths, and we finished our three weeks in China with four days in the world-wonder that is Hong Kong. China has provided us with a rich array of cities to absorb, experiences (+ food!) to savour and landscapes to explore. We've covered a lot of ground very quickly and this beautiful country could undoubtedly entertain and amaze us for many months. 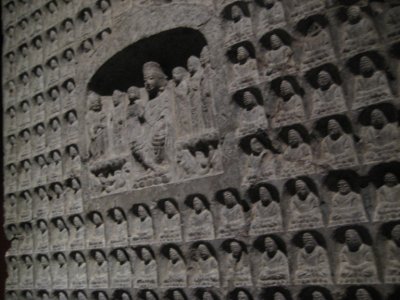 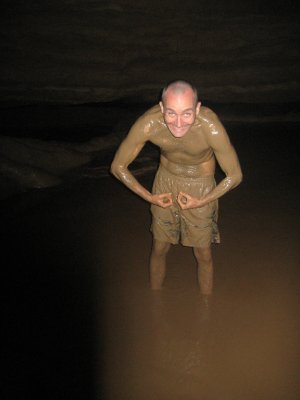 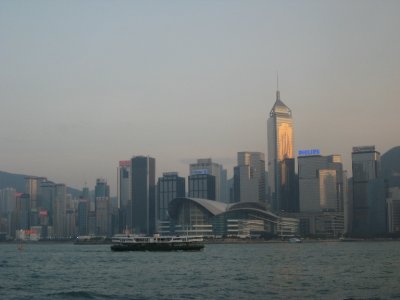 Hong Kong's skyline and a Star Ferry at dusk

Shanghai
Having recently enjoyed a novel based on the life of Eastern Jewel, we were eager to visit Shanghai's famous Bund (street adjacent to the river), to see the setting for a large part of Yoshiko's life. Although under heavy reconstruction for Expo 2010, the facade of the Bund is still in good shape, and our tour of it's length was steeped in colonial history and fascinating stories. One of the more beautiful buldings was that of the original HSBC headquarters, with a stunning ceiling of the signs of the zodiac alongside illustrations of the world's major banking centres! 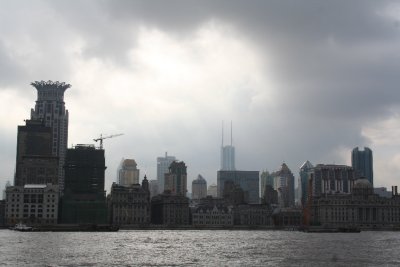 Shanghai's Bund, on a dull day

Shanghai is a bustling commercial and retail centre, with an impressive, modern skyline and an air of excitement about the upcoming Expo. Faced with a day of rain, we took in our first bona-fide museum of the trip, and were thoroughly impressed by the almost-endless national exhibits. We also spent a fair amount of time battling with train ticket purchases in Shanghai Train Station. Despite having an English-speaking counter, the ordeal of buying advance tickets is often troublesome, and we had to make a number of changes to our original plans due to the non-availability of train tickets within a week of our intended travel dates.

Hangzhou
As a premier retreat from Shanghai, Hangzhou's West Lake area was bustling with Chinese tourists, and had a holiday weekend feel to it. Although not 100% authentic, the beautiful lake, surrounded by temples, pagodas and a mountain range gave us a few days' relaxation and walking, away from China's gigantic cities. We have become used to sharing many of China's most beautiful sights with parties of wedding photographers, often at work with multiple couples. Given the timing (and duration) of these photoshoots, it is clear that they often take place on a day other than the wedding day, and we learned later they could be done many months earlier, partly to ensure fine weather. 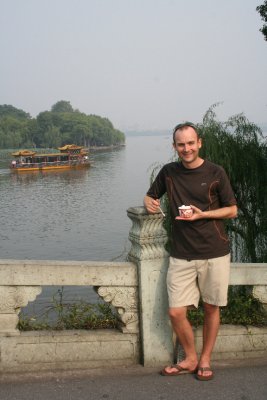 Yangshuo
After returning to Shanghai for a day following our mini-break in Hangzhou, our journey to Yangshuo consisted of an 18 hour train (from noon until 6am) in a hard seat, followed by a 16 hour bus, eventually arriving at 3am, two day after we'd set out. Yangshuo needed to be pretty special to justify that kind of punishment, and it didn't disappoint. Settled in amongst dozens of 200m limestone monoliths, the small town has developed a strong tourist trade, with a variety of activities and excursions on offer. We settled for an afternoon floating down the Li River on a faux-bamboo raft (marvelling at the towering limestone scenery) and a day's bike ride to the local water caves. We explored the kilometres-long cave network by boat and foot, and loved our natural 'spa' experience comprising a cold swim, a mud bath and a long soak in thermal spring waters. 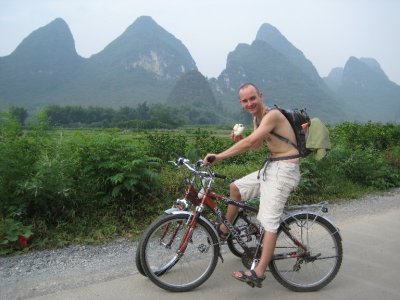 We had our first experience travelling by sleeper bus to/from Yangshuo – a hostel style dormitory is recreated in the bus, with 36 horizontal pods arranged neatly in two layers. Ideal for anyone under 5'6”, the pods (or coffins!) provide a reasonably comfortable bed for resting, if not actually sleeping.

We left Yangshuo on 1st October, bound for Hong Kong. This coincided with China's National Day, celebrating the 60th anniversary of communism in the country. We'd felt the impact of rehearsals for the day's festivities in Beijing, when they closed off a 16 block area of the city for 24 hours. Watching the event live on television emphasised what a big deal the day was for the country (or at least for the government). There were said to be twice as many fireworks as used in the Beijing Olympics, and over US$250,000 was spent to ensure it didn't rain in Beijing that day! 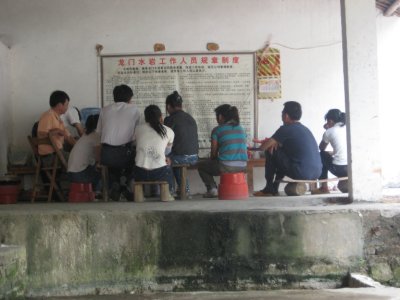 Hong Kong
Hong Kong's fascinating, British-entwined, recent history (and reputation as an unmissable city break) secured it's place on our itinerary at an early stage. A close family friend invited us to stay with her, so – as well as taking the sting out of the cost of staying in the city – we had the benefit of a Hong Kong resident to help us navigate the islands and interpret much of what we saw. Hong Kong Island houses an immense population in a very small area; we were immediately struck by how densely packed the island is, even by Chinese standards. Around Central, in the major residential areas, estates of 16 tower blocks, each with 40 floors and 10 apartments per floor were common. That could be 10,000-20,000 people in a single estate. Whilst this was not an unusual view on the edges of sprawling Chinese cities, the way in which they were packed in on the island was impressive. 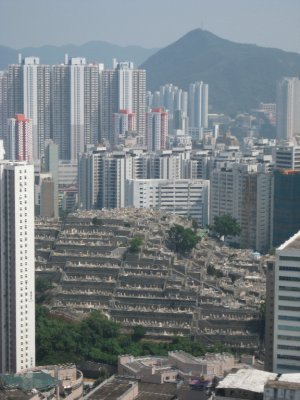 Just a couple of days after the National Day celebration, we joined many of Hong Kong's residents to celebrate the Mid-Autumn festival. A more relaxed celebration than National Day, workers traditionally have the day off, and spend the day eating 'mooncakes' and enjoying time with their families. We sampled a wide variety of the cakes in the days leading up to the festival – and there seems to be little consensus as to what a standard cake contains, ranging from savoury to sweet, and from fruity to nutty. 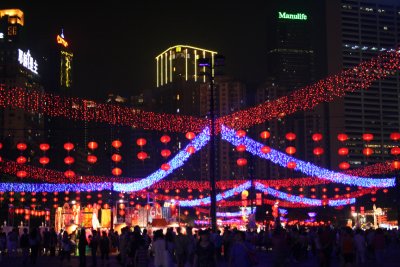 Although it's one of the world's major trading centres, and has areas of extreme population density, Hong Kong Island – and it's smaller neighbouring islands – are not all fully developed. There is an abundance of walking to be done around Hong Kong, and we spent a wonderful afternoon exploring the deserted villages of Lamma and managed the majority (ok, 25.5km out of 50km) of the Hong Kong Trail. 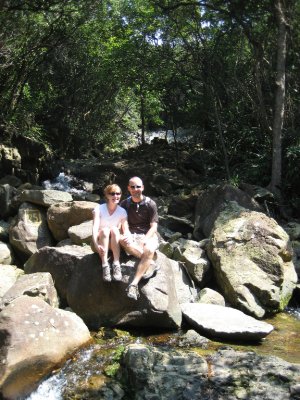 A must-do activity for me was our short trip on the Star Ferry. Probably inspired by reading too many Tony Parsons books, I was eager to experience the crossing between Hong Kong Island and Kowoon to see the cityscape from a distance. Although we were unable to take the ride after dark, we bought our 19p tickets and joined the throng of evening commuters between the ports. The views were as-advertised, and it was a great way to say goodbye to the city.

Leaving China
Sat in Bangkok airport (halfway from Hong Kong to Hanoi, schematically if not geographically), I'm missing China already. With the world's largest population, it's easy to imagine China as an unwelcoming country, in which it would be easy to feel anonymous, this hasn't been our experience – there has been a palpable happiness amongst many of the people we've crossed paths with, and that will be one of my lasting memories. 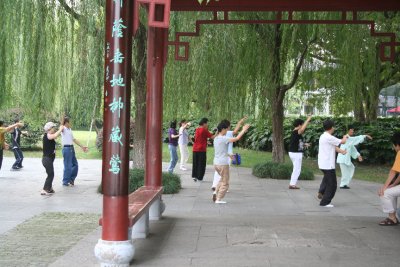 Even in the big cities where personal space in public areas is at a premium, people are merrily shoulder-barging each other out of the way. More than in any country I can recall, people have wanted to communicate with us, despite an impenetrable language barrier; Teenagers have dragged us to be in their group photos; Fellow train travellers have gone out of their way to make securing our luggage their problem. As in Russia, independent travel around China is relatively rare, at least compared to other countries we've visited. This probably increases our novelty value a little, but it's not just in their interactions with us that people here are content. A reoccurring sight throughout our time in China has been people spending time outside, undoubtedly driven by their tiny living quarters. Ad-hoc Tai Chi groups practicing in a park, older people making use of the many outdoor gyms, or small bands improvising in a lakeside bandstand; it seams that there is space for everyone to enjoy themselves, and this is what they'll do. Of course our observations are probably not fully representative – we have gravitated towards coastal and lakeside holiday towns, and taken long train rides with families spending time together. I dare say that if we'd hung out with those who assemble ipods for $1 a day, we'd have an alternative view. 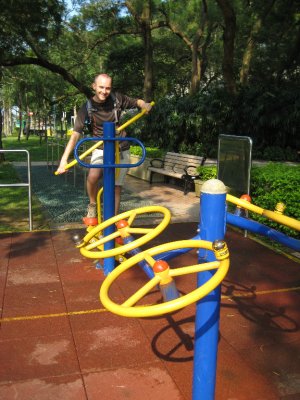 One of China's many outdoor gym areas

Our next blog will be from Vietnam, where we're expecting to find some disruption caused by the horrific weather they've been experiencing. We'll do our best to stay dry and out of trouble, and write again in a week or two.