We arrived in Victoria after a 40 hour journey (involving five buses which kept breaking down), a taxi across town and then a ferry to Vancouver Island – don't think I have ever been so glad to arrive anywhere before! It's been a fantastic fortnight in Canada, seeing so much but yet so little of this amazing country. Rowan rushed back from our hiking trip to update you all on our black bear encounter; full details of this are here, along with news about the rest of our trip. We have been offered the very best of Canadian hospitality whilst staying with friends in Victoria and managed to meet up with some of my relatives who were over on holiday from Brussels. But tomorrow we fly back to the UK for a wedding, time with family and a lot of visa application forms.... 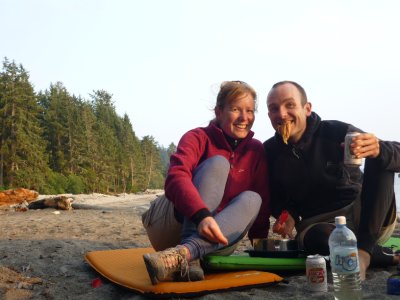 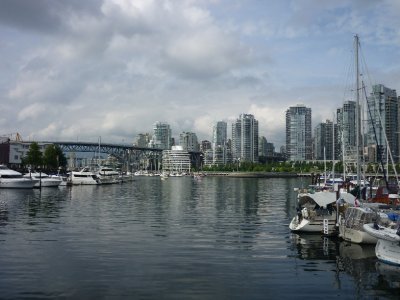 Victoria
Victoria is the capital of British Columbia and has the complete set of appropriately grand architecture needed to fulfill this role. A lot of this is built in a style I associate with Britain, making the town feel quite English – helped further by the number of cafes offering traditional Afternoon Tea! We based ourselves out of here, staying with friends who made us incredibly welcome and comfortable, so I have fond memories of this city not just for it's lovely harbor and coastal views, but also for being our home for the time we were on the Island. We spent five nights in Victoria, popping back between our island trips, which makes it the longest we have stayed anywhere since we left in March. 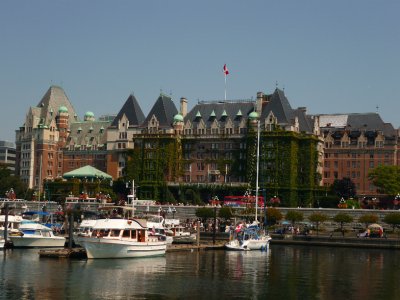 The Empress Hotel where Queen Victoria stayed and which serves a $55 afternoon tea... that's some posh sandwiches.

Ucluelet and Pacific Rim National Park
Ucluelet is on the west coast of Vancouver Island, about halfway up, and out on a stunning peninsula. Its an area famed for its long sandy beaches and tropical rain forest, as well as the local salmon. We did some excellent walking on the beaches, which were often quite misty giving it a rather mysterious feel, and met up with my relatives for a dinner of salmon which they had caught the day before. We were very impressed with both their fishing ability and the taste of the salmon! I was going to write lots about the bear which visited the campsite we stayed in during the night, and brushed up against our tent breathing heavily, but as we now have a tale of actually making eye contact with one, this late night meeting is less exciting! 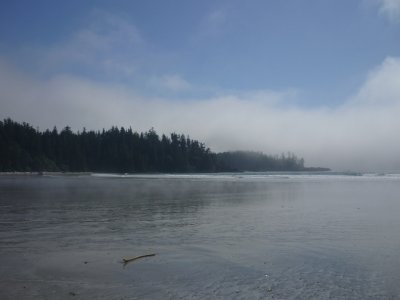 Juan de Fuca Trail
The Juan de Fuca trail runs for 47 kilometers along the southern end of the West Coast, offering access to more stunning beaches and untouched forest. We had planned (and packed) for this to be a three day hike, but ended up finishing in two – the walking conditions were good, and the walking so enjoyable, that we ended up going a lot further each day than we had planned. Still managed to eat all the food we had packed for the extra day though! At dinner each evening, whilst sat on a beach log watching the sun go down, we were joined by whales in the bay. Quite magical! 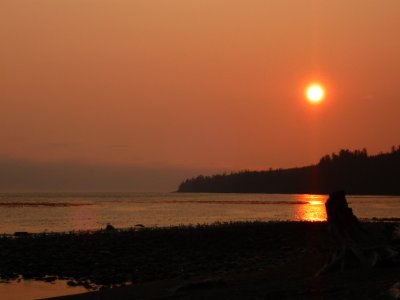 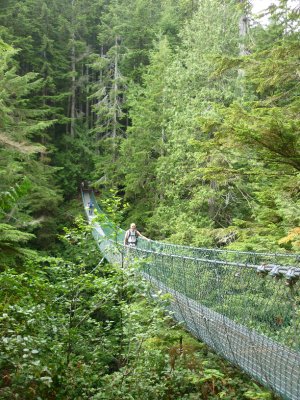 Suspension bridge crossing in the forest

We encountered lots of wildlife on the trail including seals, snakes, wasp nests and the infamous black bear. We met him on the second day as we turned a corner in the path. I'm not too sure who was more surprised (us or the bear) but he responded first and, after looking us up and down, ambled off into the forest. As we passed other hikers on the trail that morning we told them our bear tale to warn them, and they would often then set off with their 'bear bell' dangling noisily on the back of their rucksacks. Rowan just had to rely on my chatter to keep them away! 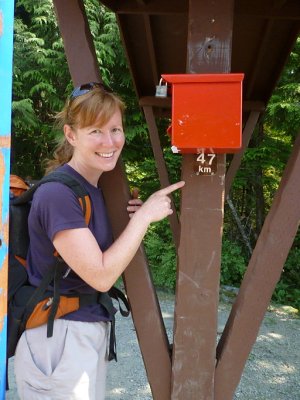 Vancouver City
After 10 days or so on the Island, we crossed back to Vancouver City for a few days of city sightseeing before the flight home. It's been raining quite a bit, so the raincoats have been brought out after several months of being stowed away, but we still have seen a lot of city. Our favorite place has definitely been Granville Island Market and the shore area around there – a cross between Borough and Greenwich markets with an excellent selection of muffins on offer. 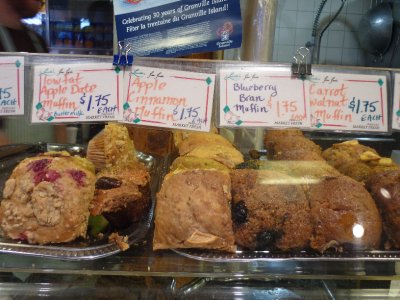 The city has a lot of open spaces and parks, including the coastal Stanley Park, which we braved in the rain and would be fantastic to have on your door step. Also eaten our body weight in the cheap and yummy sushi that is on offer – going out for more tonight! 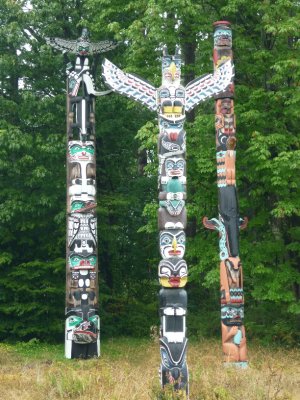 But tomorrow we head out to the airport with our oversized bags and a good supply of Rescue Remedy to prepare me for the flight. Without wishing to repeat what we said about other cities, this is (another) city that I would definitely consider living and would love to return to the West Coast to discover more of the area. A year is proving to not be long enough for this trip.....