Fiji: a holiday within our holiday

As our final destination, we chose Fiji as a place where we could relax on a beach, drinking a cool beer and reflecting on our year of adventures. But our fortnight here has offered us so much more, with a wonderful visit up to the Highland area to stay in a small village and learn about the traditional cultures here, exposure to the cultural diversity in the bigger cities, meeting the very friendly island people and, of course some awesome beaches. Not to forget the encounter with 6 hungry sharks too.... 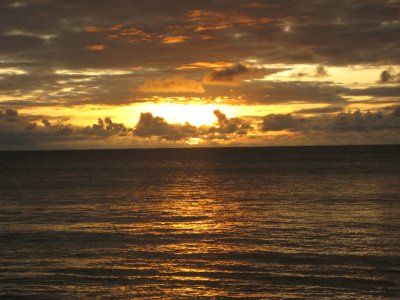 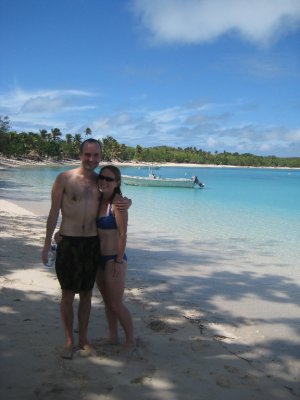 Hanging out in the shade at Oarsman's Bay 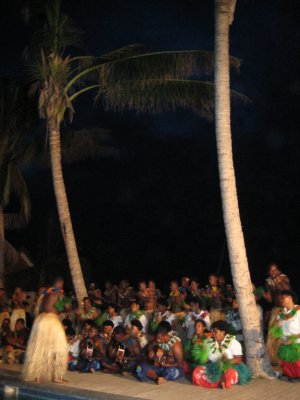 A village performance of songs and dance

Nadi and Navala
Whilst Suva is the capital of Fiji, most international flights land in Nadi as this is the main tourist destination and departure port for the Yasawa islands. It's got a population of about 30,000 and a rather grubby downtown area where tourist shops competed for our business, alongside the local's market which paid us little attention. It was a good place to stock up on supplies though and sample a bit of local foods – an interesting mix of Indian and Fijian tastes and spices – but not somewhere that we wanted to linger.

From Nadi, we set out to Navala, up in the Highland area and the only remaining village where all the houses are made in the traditional Fijian-style of thatched roofs and matted walls called 'bures'. It took four local buses and a jeep to get us to our homestead, but the journey was an opportunity to see some of Fiji outside of the resorts' gates. We stayed just outside Navala with a very kind lady and her son, welcoming us into their home with the traditional kava drinking ceremony. This is the local drink made from the root of the Polynesian pepper shrub, has an earthy taste, and makes the end of your tongue tingle. It is mixed in an ornately carved wooden bowl and then drunk slowly out of coconut shell cups, with clapping and toasting between each drink. 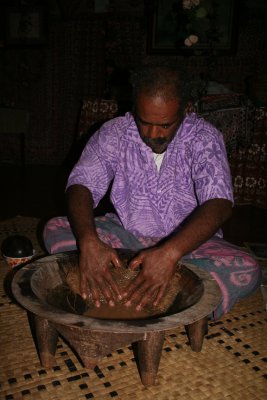 Kava being made in the traditional bowl

We were given an excellent tour of the village, meeting their many relatives and learning about the role of the Chief and Headman in the village's management. Each family is allocated one bure for living space and another for cooking, all of which are the same size - very egalitarian. We talked a lot about whether Fiji's history of regular coups affects their life much, but apart from needing access to the nearby market-town, Navala is fairly isolated from changes in the outside world. 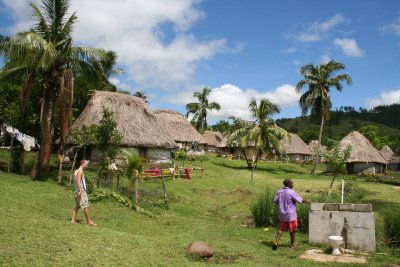 Beach life
I would have said that I am not the kind of person who enjoys hanging out on a beach for days at a time, but our ten days on the Yasawa Islands would suggest otherwise. The chain of 20 or so islands runs for about 130km from Nadi, and is most easily accessed by a bright yellow high speed catamaran that makes daily trips up and down the chain dropping people off into the flotilla of resort transfer boats. We stayed at four different islands, each of which had very different resorts and experiences. 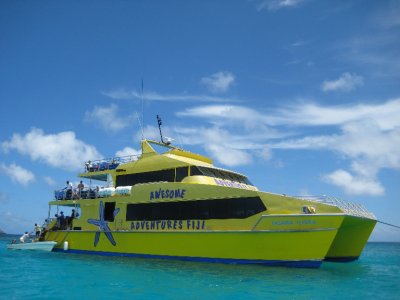 In between lounging around on picture-perfect white sandy beaches, we occasionally managed to muster the energy to snorkel on the reefs and chase tropical fish in the surf or amongst the very colourful coral. Most places also offered diving, at reasonable prices, so we headed out a few times with a local guide. One dive included shark feeding – the guide dived to the bottom with a wheelie-bin full of fish scraps, tipped it out and then retreated to a safe distance. Whilst a large shoal of fish gathered, from the depths came a gang of reef sharks joining in the feeding frenzy. Whilst these are harmless sharks, I still had the 'Jaws' theme tune running through my head each time one approached us. 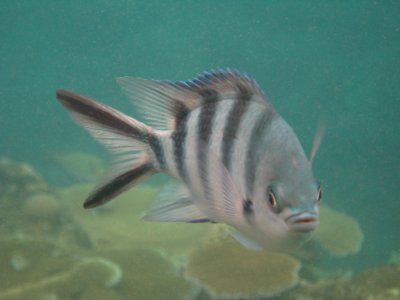 Some of the resorts had quite a range of activities on offer, including an evening of international crab racing! We each selected a crab from the crab stable, had our number applied to it's back with TipEx at the crab registration office and then tried to stop it from pinching us as we gave it a motivational pre-race chat. Ours' got to the semi-finals but were knocked out by the eventual winners... stewards enquiry is ongoing! There was also special cultural evenings when the local villages performed traditional songs and dances. The singing in particular was beautiful and they were rightly proud of their skills. All of the resorts have close ties with the adjoining villages, which often provide all of the staff, and are supported through various scholarship programmes and funds. Everyone we met on the islands was so friendly and helpful, and it was really pleasing to see the benefits of our stay going directly to them. 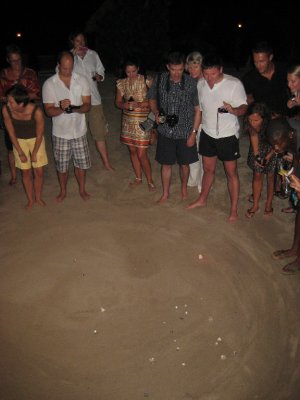 Crab owners cheer on their crabs as the race begins!

Each resort has been clustered around a sandy white beach, with a hill behind it – climbing these have given some stunning views along the island peninsula and well worth the sweaty scrambles. They were also used last Sunday when we had to evacuate to high ground because of the tsunami warning caused by the Chilean earthquake. Fortunately there was no damage caused, but it was rather alarming to be hauled from the sea by staff shouting something about a tsunami coming. 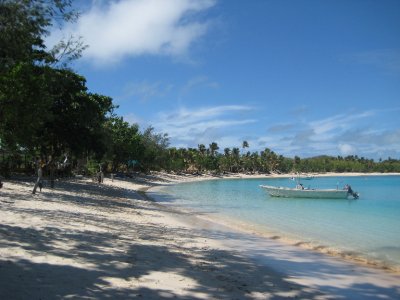 If I wasn't completely relaxed before we arrived in Fiji, I definitely am now. But I am also really impressed with Fiji as a destination in itself, the people here have been the friendliest we have met and our stay has given some lovely insights into their cultures and ways of living. It has also been our last destination, so a chance to look back on where we have been and what we might be doing next. But first, we have a 24 hour flight and a 12 hour time difference to contend with. I shall be wearing my shell necklace all the way back to try to hold onto how good it feels to be here.